Your Levoit air purifier has been working well since you first bought it, so it can be a little disconcerting when the red light starts flashing. Is it broken? Do you need to replace the filter?

Before panicking, let’s look at each of those different lights and how quickly you can fix them.

Jump to the point

What does Red light mean on Levoit Air Purifier? 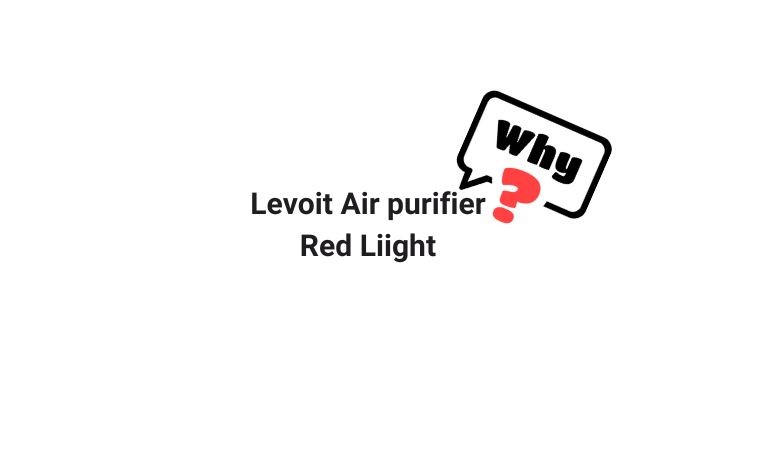 Well, before we move on to the solution, you must know the exact reasons why this could happen and whether you should worry about it or not!

When the Levoit air purifier red light comes on, there are several reasons why it could happen. The most common reason is that the filter is filthy or the filter is completely broken. It could also mean the device gets too hot and needs to cool down before resuming operation.

How to fix the Levoit Air purifier red light issue?

To fix the red light issue on your Levoit Air purifier, first, check the filter. If the filter is dirty/broken, clean it/replace it. But if the red light still won’t turn off after cleaning or replacing the filter, press and hold the “check filter” indicator button for about three seconds. After then, your problem should be solved!

I will explain those ways in detail so that you can quickly fix this issue without any trouble. But before that, look at the bellow table for a better understanding… 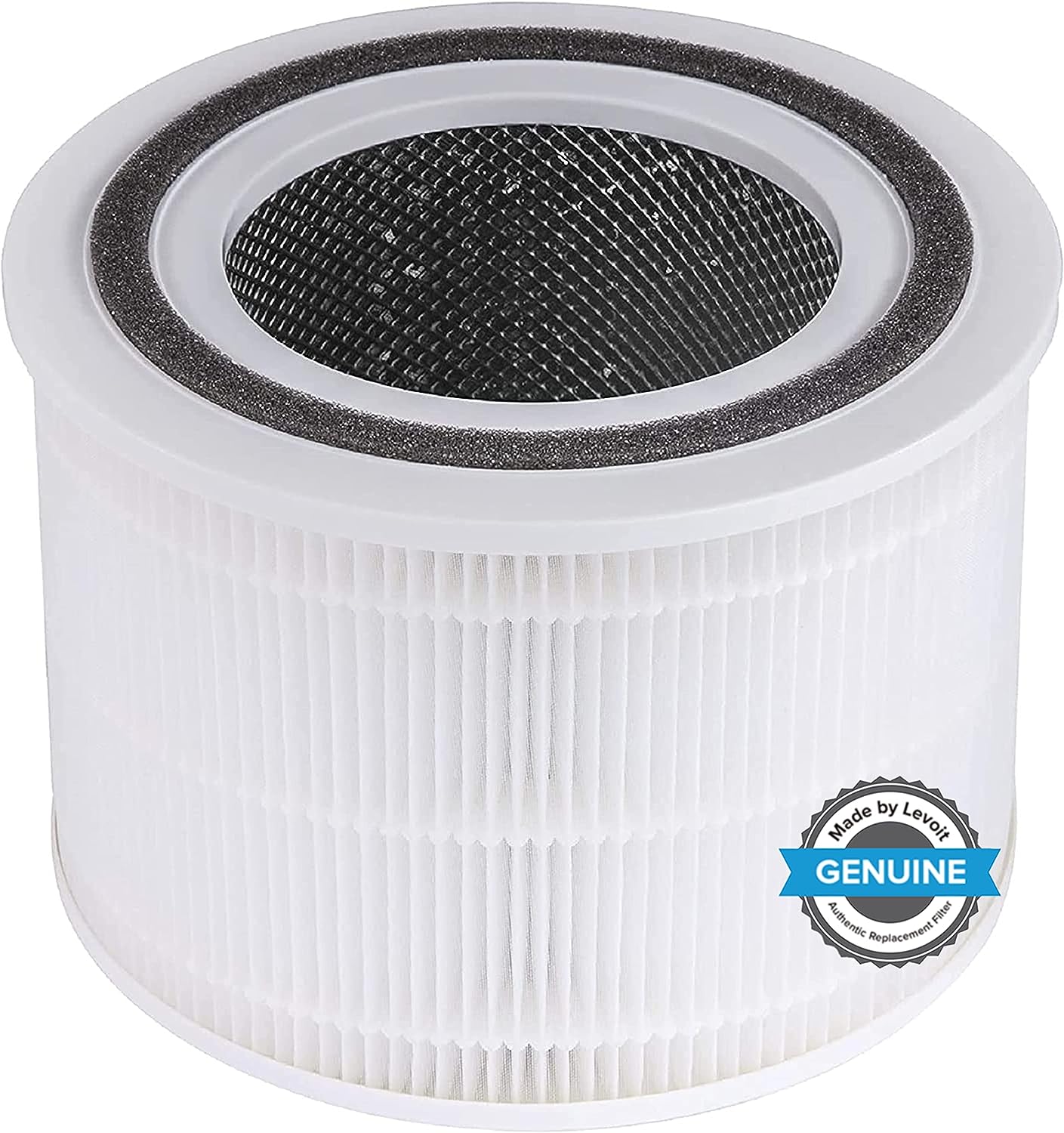 A clogged or broken filter is the most common reason for this red light issue on your Levoit Air purifier. If cleaning the filter doesn’t fix your problem, be sure to replace the filter. According to the Times of India, an Air purifier can stop working or start to misbehave incorrectly due to a clogged or broken filter. It could also stop working for other reasons, but a broken or clogged filter is the main culprit.

So, before you do anything else, first try cleaning the filter. To clean your Levoit Air purifier filter, follow the below steps.

♠Turn off and unplug your device Before cleaning the filter, unplug your device from the wall outlet or charging station. Also, turn off your Purifier completely.

This will help speed up the process and make your job safer, lowering the risk of an electric shock.

♠ Pull out the filter from the Purifier After unplugging and turning off the device, flip the Air purifier upside down. Turn the cover plate counterclockwise and pull out the filter from the Purifier.

Put your Air purifier on the carpet rather than on the open floor. This will prevent scratching up the top of the device. You will see a lot of dust accumulated in the filter. So to clean it

Once you have cleaned the filter, reinstall it in its place and lock the bottom. That’s it!

Please don’t use any water or other liquid to clean the filter, as it will damage your device’s filter. Only use a vacuum or other dirt blower machine to remove dust particles. You have just cleaned the filter or even replaced the old one with a new one, but your Levoit Air purifier still displays the red light! What could be the issue?

OK relax! First of all, you don’t need to worry about it. It’s just a software glitch in your device and can be easily fixed through a reset.

So to reset your Levoit Air purifier, press and hold the “check filter” indicator button for about three seconds. After three seconds, let the button go, and hopefully, the red light issue will be solved!

3. Let the device cool down 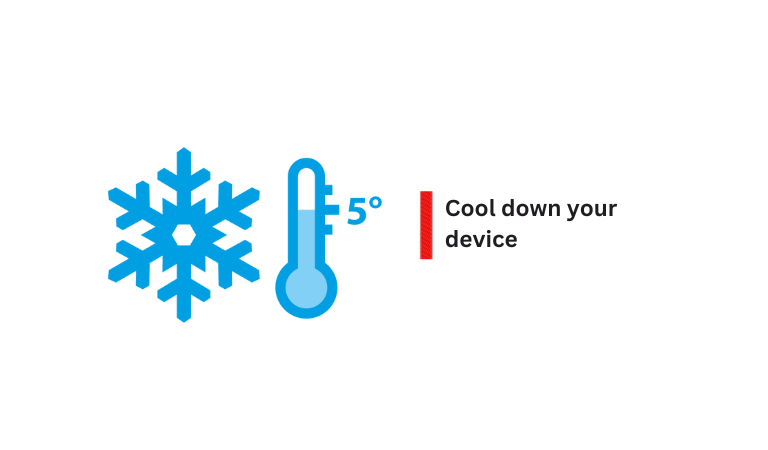 Your air purifier can become overheated by several factors, including a faulty power source, malfunctioning internal components, and filter obstruction. But not all models meet these criteria. Most of them include a built-in safety feature that activates if your Purifier runs too long or gets too hot.

However, if the “clean filter” indicator is still flashing after resetting the device, check whether the machine is overheated or not. Let the device cool down for at least 60 minutes if it is. After then, turn on your and your problem should be solved! 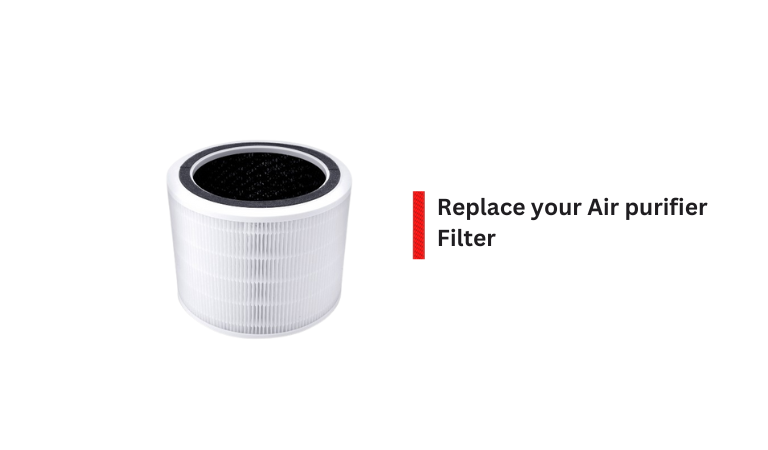 But did you know that Levoit suggests that users should change the filter every 5-6 months? According to Levoit, you should be serious about the filter and must replace the filter at least two times a year to get optimal functionality.

So as a last option, try replacing the filter with a new one. You can buy a new replacement filter from this link at Amazon.

If your Levoit air purifier is still showing a red light, follow the video guide below. It may help you to fix the issue by resetting the device.

1. Nothing worked! What should I do?

If none of the above methods work for you and your Levoit Air purifier still displays red light, you should contact Levoit customer care for further assistance.

But if the warranty of your device is invalid, visit your nearest electronics repair shop and ask them to look into it. Hopefully, they will help you to fix the issue!

2. How often should I clean my Levoit Air purifier filter?

If you have pets or live in a dusty area, you may need to clean your Levoit air purifier filter more often than the recommended one every two to four weeks.

However, if neither of these applies to you, the general rule of thumb is to clean your filter every 2 months.

Hi, I am Abdul Kader. I have an appliance service company in Chandpur, Bangladesh. I love to discover and investigate new things and then share them with people. 5 Best Shows on Netflix You’ll be Addicted to Right Now! 2022’s Best Speaker Brands: Find Out Which Ones Are Worth Your Money